Doldren is out for blood! 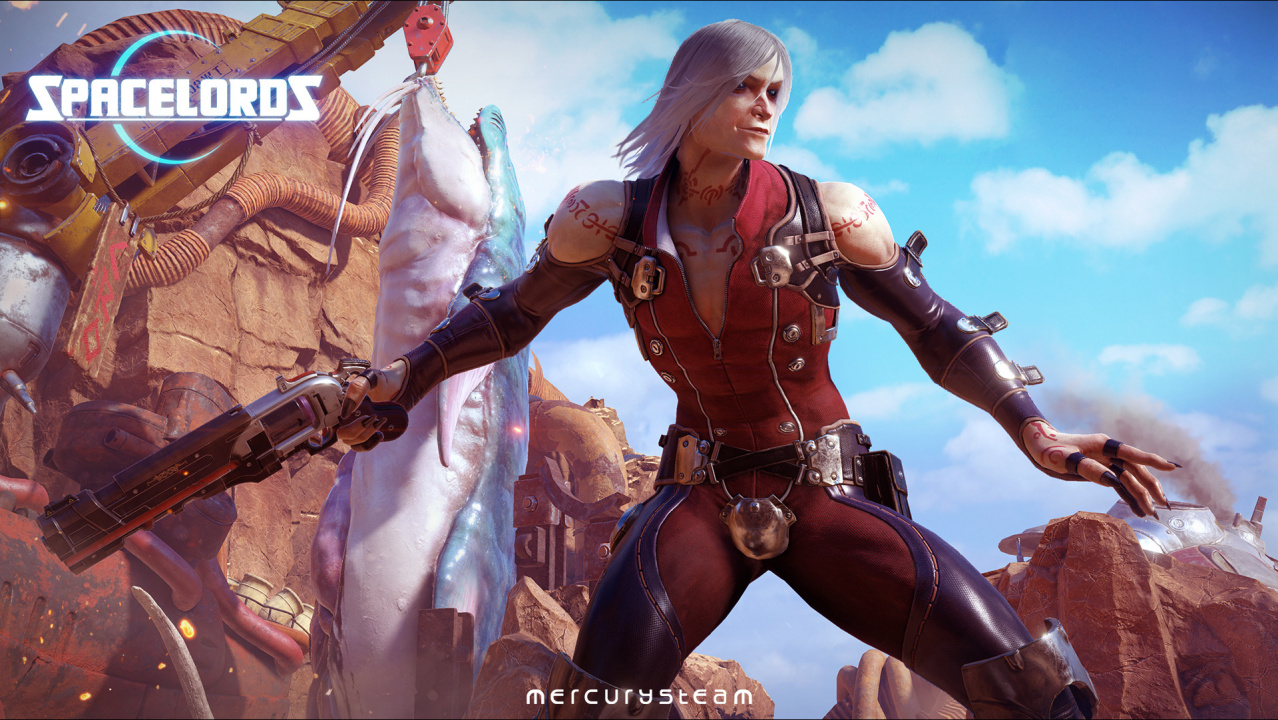 The latest Raider to join the ranks is no other than Doldren, a heartless killer who committed crimes so gruesome that his own people threw him into the Pit of Repudiation -the ancient gaol the natives of the Broken Planet use to get rid of those who break their peaceful laws. Harec understands full well Doldren hasn’t joined the team out of loyalty, but to give his bloodlust free reign. As long as he keeps the killing on the enemy’s side, the taciturn leader of the Raiders doesn’t care about Doldren’s debaucheries.

As a native of the Broken Planet, Doldren shares several visual commonalities with other characters, like Shae or Iune, including the characteristic white hair, pale skin and ritual tattoos. However, his outfit and equipment reflect a more decadent and provocative vein, fitting to this assassin’s amoral but somehow playful personality.

Doldren fashions himself as an artist when it comes to murder, and he only deem the best quality weapons worthy of his craft. He favours high-calibre revolvers and submachine guns, but so finely crafted they often pack the same punch as heavier sniper rifles.

Doldren’s talents reside in his ability to ambush enemy forces, projecting his essence and rematerializing his body near unsuspecting foes, making short work of them with his own hands. This talent is particularly powerful when playing as the Antagonist, as illustrated by Raiders of the Broken Planet fan and excellent broadcaster BloodNekoKiux.

See you on the Broken Planet, Raiders.