As many of you who follow us on Twitter and Facebook know, this week we will be releasing a new weapon and skin for the Raiders’ resident healer: Iune. 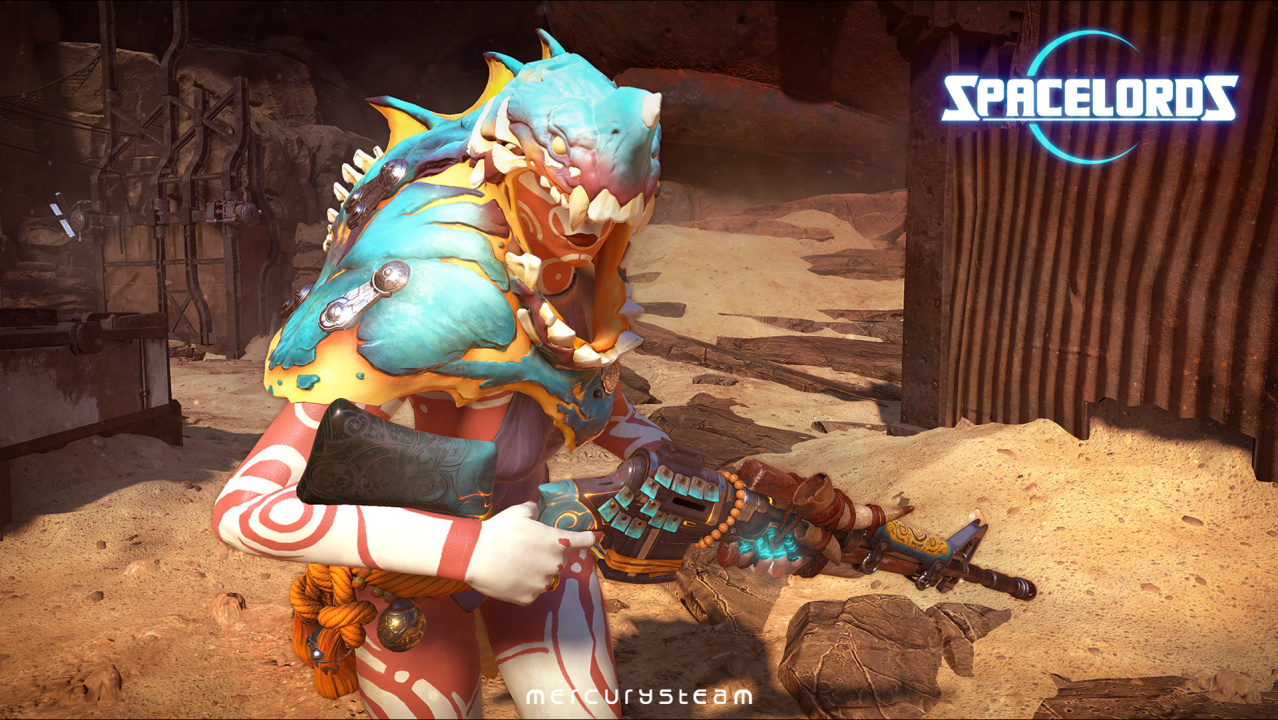 Iune is, for the moment, the only healer in Raiders of the Broken Planet. However, her abilities go far beyond supporting her teammates. This mystic warrior native to the Broken Planet is lethal in mid-ranged combat thanks to her accurate hunting carbines, and can subvert the minds of weak-willed enemies, who will readily gun down their former compatriots under Iune’s thrall.

“When designing Iune, we envisioned a shamanic warrior-healer in mind,” comments Jorge Benedito, Art Director at MercurySteam. “Her feral look and tribal tattoos enhance her otherworldly personality, while her dialogue lines hint Iune’s past as an outcast of the Broken Planet’s society, having grown to adulthood ostracised because of her unique abilities.”

“Iune was born with the Anhauarii gift, a weaver of Aleph capable of prodigious feats,” adds Enric Álvarez, Game Director. “As established in the ancient law, Iune left her village to live as a hermit and perfect her skills when she was really young, and thus she has grown up without her society’s prejudices and social constraints, making her interactions with the other Raiders immensely fun!

Iune will be receiving a new weapon later this week, the H1 “Wisdom” Carbine. When she became skilled enough to become an Emnu Nadi, her mastery over the Aleph was beyond any other being’s. It was then when Iune realized she could imbue her weapons with her inner energy; She commanded, and the Aleph obeyed. Iune could now focus her own conscience into the bullets shot by her H1 “Wisdom” carbine, willing them to explode when they found their way into her enemies’ heads.

Along with this exciting new weapon, the Vaasi Suit skin for Iune will also be available along with the H1 “Wisdom”. Being a kind (if confused) soul as she is, Iune wanted once to help a vaasi (a flying fish native to the Broken Planet) to find its mate. The fact that the fish had been dead for quite some time didn’t seem to trouble Iune that much, and thus she carried its remains with her everywhere.

After a time, Iune forgot why she was wearing a dead fish’s skin over her head, but by that time she had grown used to it and decided to further embellish it with some Anhuari trinkets. Some days later, when the stink was hard to ignore anymore, Iune realized she should probably wash it.

Do you have any weapon or Card combination you enjoy using when playing with Iune? Any fun stories of that time you healed up your squad and won the match against a pesky Antagonist? Why don’t share it with the Raiders Community on Twitter, Facebook or in the official forum?

See you on the Broken Planet, Raiders.