This #RaidersReport will be quite special (and longer!). If you have been following us on twitter or Facebook, you will know we have the spotlight on our favourite psycho this week. Yes, Lycus is here! 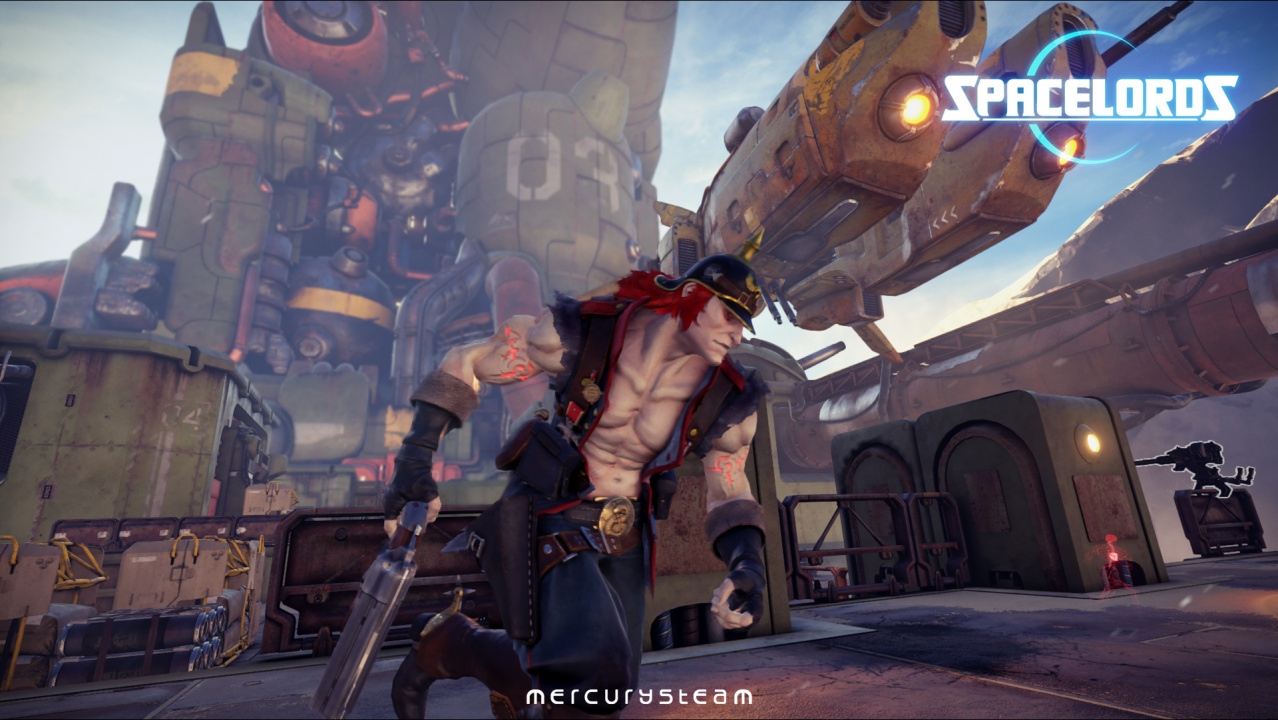 We sat down with several members of the team who shared their point of views about Lycus Dion, including some insight about how he was conceived from a design and art perspective.

But before we get to that, we have some great news for all of you:

In case you missed the announcement yesterday, we have confirmed the Raiders of the Broken Planet Open Beta! Running September 15th and 16th, Xbox One, PlayStation 4 and PC players will have access to two missions - First Round and Hanging by a Thread.

Lycus Dion was the first Raider the art and design teams created, and still remains the favourite character for a good number of us. And rightly so! He was conceived as the ultimate soldier; a mercenary who only finds himself at home in the thick of the cruellest battles. Some even whisper that he cannot be killed, and that his bloody trail can be traced down to old Earth’s XIX Centuries wars.

During his creation, the team iterated different types of weapons and powers for Lycus, but only the most violent, direct combinations really worked for him -it was only fitting to his personality, as if Lycus himself was guiding us through the creative process to end up exactly the way he wanted to be!

His shocking design demanded an adrenaline-driven gameplay style, getting up close with the enemy in bold and highly risky moves that could make or break a mission -something that can unnerve the other players no end!

All his mechanics were designed to reinforce that aggressive gaming style. Lycus favours short-ranged, wide-spread hand cannons and shotguns, trusting his kinetic field to weather the worst of incoming fire while he covers the last few metres for a point-blank shot, or a good old-fashioned punch!

Lycus is a good match to the other Raiders who cover roles more focused on long range snipping and support, also pairing very well with Alicia as the team’s vanguard. If you play Lycus you will feel as if you just stepped into a Wild West Saloon brawl!

His feral and striking look is hard to miss, accentuated by his pale skin, his filed teeth, big mouth and red eyes. The artists wanted Lycus to look like a demon, and drew inspiration from Japanese Oni masks. He’s really recognizable on the battlefield, something key in Raiders of the Broken Planet.

As it’s often the case with other characters, we also hint some of his background through his look. How did he lose his arms? What do his tattoos mean? Where did he earn all those scars? These hints spread through his different in-game skins, and you can refer to his animated comic for more information.

Thanks Lusimi, Hernan & Jorge for all this info!

This week we also released the second in a series of #DevShouts - Character Focus videos. These will give players top tips from the dev team on all the best tactics they use for the different characters available to them in Raiders of the Broken Planet. This video, focusing on the legendary mercenary Lycus Dion, is available now!

Pablo Lueirio, from our QA Team, discusses his favourite build for this character. How do you plan to run Lycus when the game comes out on September 22?

See you in the Broken Planet, Raiders!